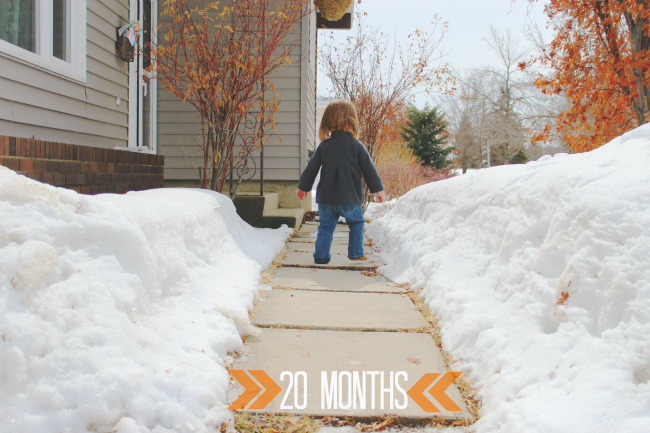 Here she is!  My daughter is currently 20 months of goofiness, glee, spunk, and sweet LIFE!  At the beginning of this winter she was drowning in that cute grey pea-coat and now she has to grunt a little bit to get both of her arms in it.  Zoey, she is all kinds of adorable and crazy these days.

At 20 Months Zoey:
*has locks of beautiful hair that are the longest they have ever been and the lightest color they have ever been.  Anyone remember that raven head of hair she was born with?  In certain lights, it has a strawberry tint to it that is just so pretty.  I am a little bit tempted to cut it but I have this picture of her with a top-knot bun on the top of her head and I think that would just blow my mama-brains with the cuteness of it all.
*has eyes like her daddy's.  They were blue to begin with, turned green similar to mine, and now they are looking like they are heading towards a hazel.  They are bright and deep and glistening.
*continues to love being outside.  She often asks to "go outside!  Play!" or "Walk!"  Sometimes we linger so long outdoors that she falls asleep in her stroller.  There is nothing like fresh air to tire a kid out.  Now that we have had milder days, we have ventured out to the library, the off-leash dog park (picture Zoey running around yelling "PUPPY!!!"), the mountains, and even some of our local running trails.
*is saying many, many, many words.  I can hardly keep up with it.  Her most recent additions have been: 6-8-9 (yes, no 7 yet), yo-yo (yogurt), moony (smoothie), baby-sleep-shhhh, frog (which most of the time sounds like a really bad word), bok-bok (chicken), night-night, carrot, PJs, apple, berries, cheerios, fishies, socks, boots, let's go!, stuck!, potty, sun, moon, trees, flowers, french fries, blocks, milk, cheese, tomato, jumpa (jump), OW, ouCH!  Today, after a particularly intense post-supper melt-down I started to run her bath to get her ready for bed.  After plopping her in the tub I said quietly, "Yes, we need to calm down" and without hesitating she proclaimed, "Calm down!"  And for those who are fans of the TV show, Community she can also say, "Pop!  Pop!"  Every once in awhile she will also make dub-step noises on command.  It is pretty spectacular. Her constant toddler narrative in response to everything that goes on around her is just the dearest thing.  Her first words of the day which most mornings I can hear from my perch while I sip my first coffee are sometimes hysterical.  "ABC, ABC, ABC, ABC!" was one morning's treat.  Other times I just hear, "jumpa, jumpa, JUMPA!"  It is always great to wake up with a chipper bird.
*has tried out the potty a couple times but we aren't getting intense about it just yet.  The daily kicks to the face and screaming that comes along with diaper changes is getting a little bit much so we're trying out some new things from time to time. 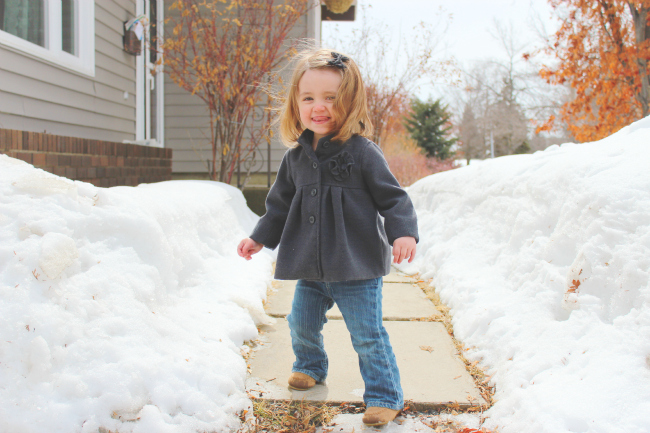 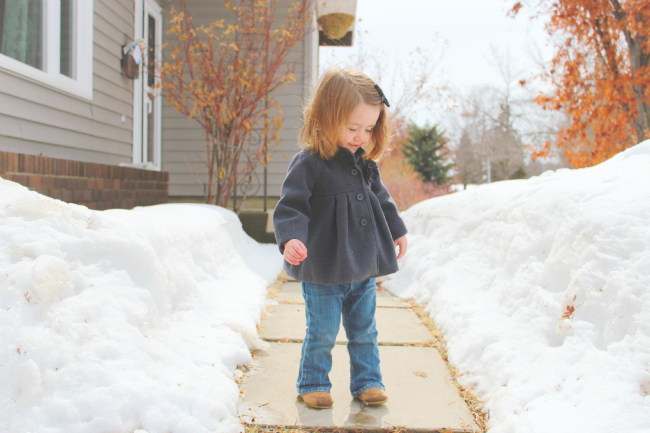 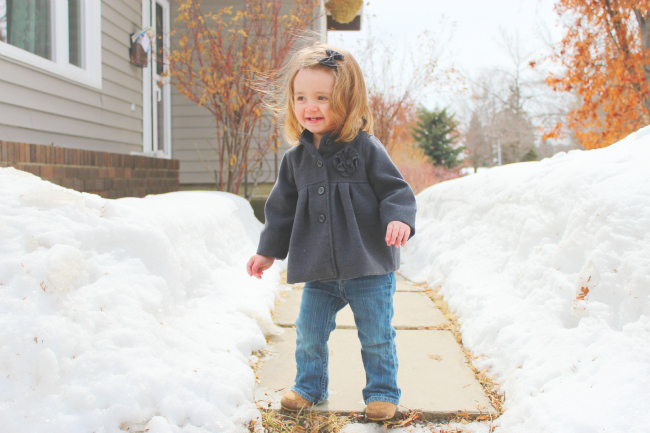 Email Post
Labels: life happens photography this is what I do Zoey Grace Zoey Grows

LiQi (pronounced "leechee") said…
She's lovely and I love hearing about her vocabulary as P is slowly expanding hers. P also screams and throws a fit at diaper changing time. I thought it was just me! It's INTENSE!
April 15, 2013 at 4:17 AM