In June we decided to just risk it and purchase 2 non-transferable weekend passes to our city's Folk Fest.  Since getting married 5 years ago, Folk Fest has been a tradition for us and we have attended all but one (and only because we arrived back to Canada from 3 months of world travels the week prior).  Each year, it has been a treat.  Last year I was the [enormous] pregnant lady with cankles that shuffled from side-stage to porta-potty all weekend long.  Oh, and the night following the end of Folk Fest, my water broke.  Yup.  True Story.  Zoey was born less than 48 hours after the last chord of Folk Fest 2011.

This year, we just didn't know what to expect.  Z is really a good baby, but all little ones have their limits and we didn't want to overwhelm her or completely exhaust her.  So we came equipped with our Ergo baby carrier, our stroller, a cooler of baby snacks, warm fuzzy PJs, and Banz ear-protectors.  Flexibility was the name of the game and we knew we would just need to read Zoey and let her call the shots.  We had the most generous tarp-mates who did the tarp-drop each morning, allowing us to saunter in everyday after a good night's sleep with a happy baby.  Zoey was an absolute champ.  Friends have asked how Folk Fest went with a little-one and I find myself answering half-surprised, "It was GREAT!"  We saw WAY more live music than we even expected.  Arden and I took turns in the afternoon walking with a napping baby in the stroller and the Banz ear-protectors ended up being the best purchase ever.  They were over $40 but well worth it.  She literally fell asleep on the hill, two nights in a row, with those suckers on her head.  The past couple of days she has had epic sleeps.  I think she is catching up on post-festival snoozes, but she did so well.  Next year, when we have a 2-year-old that is walking, it may be an altogether different story, but we were just grateful to see some inspiring music with a happy baby. 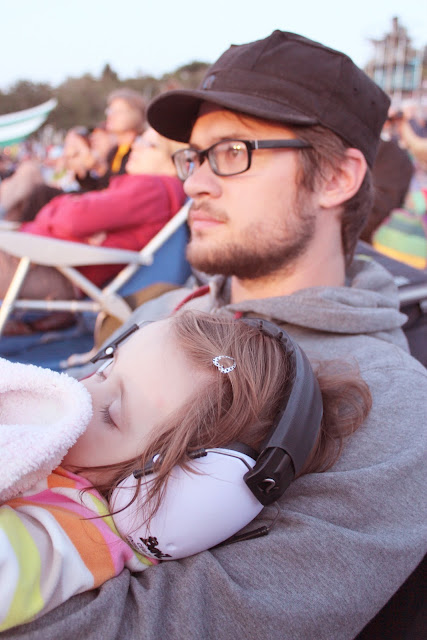 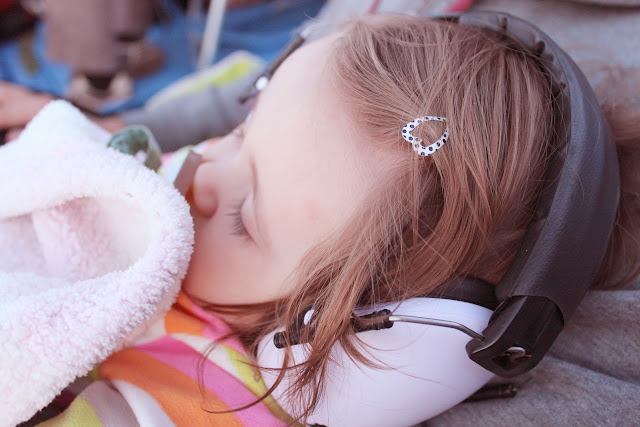 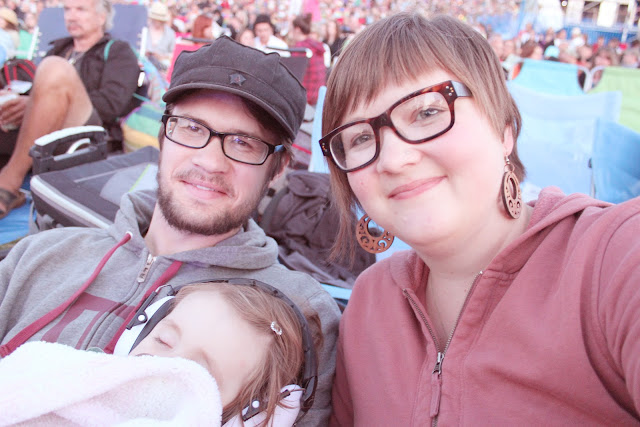 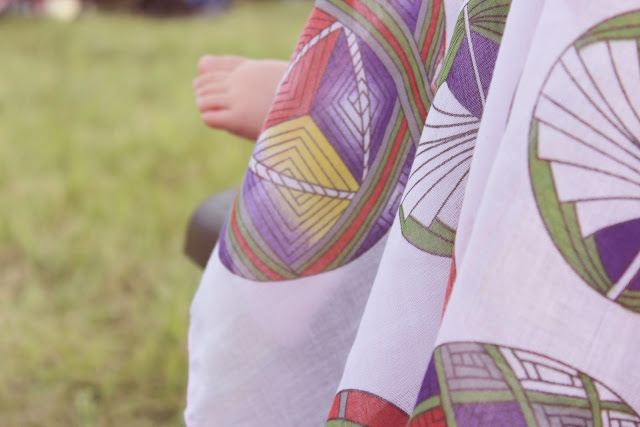 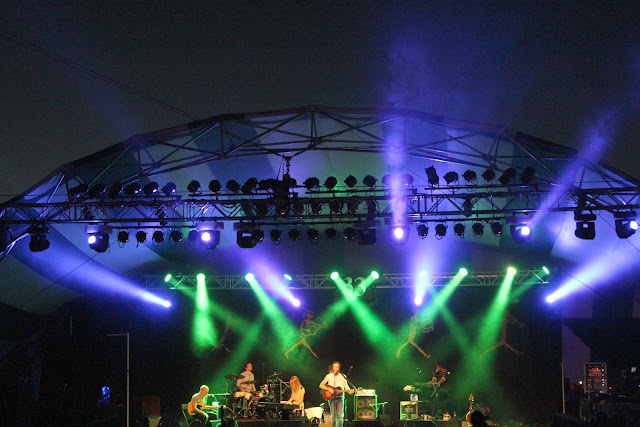 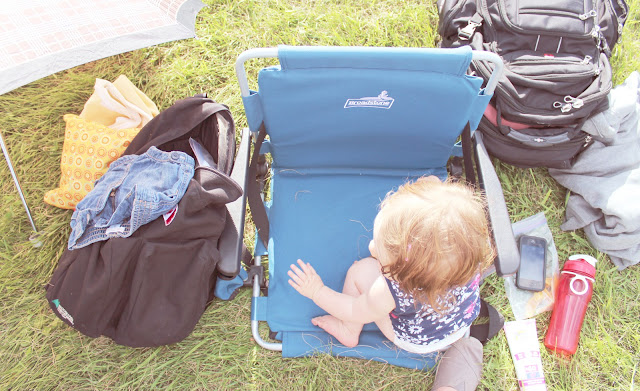