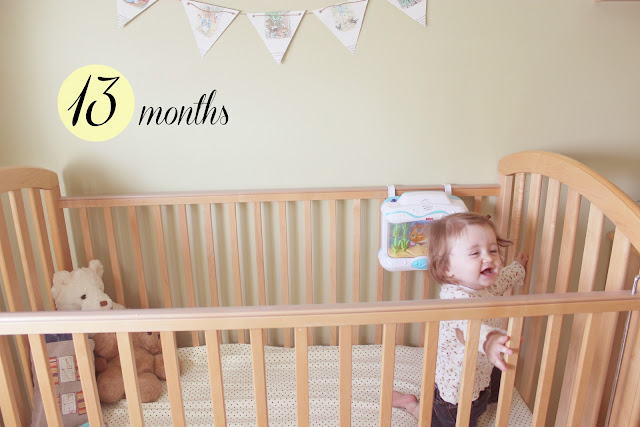 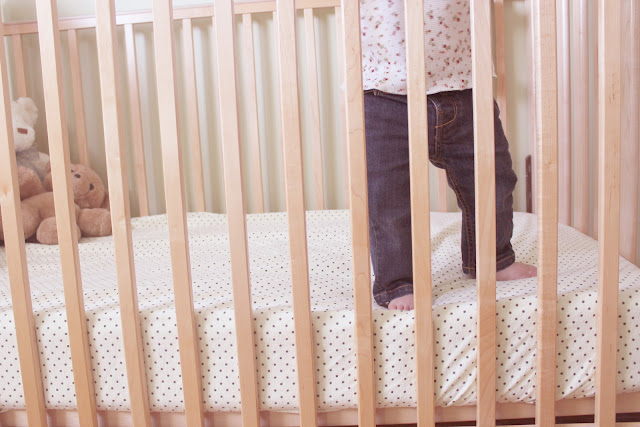 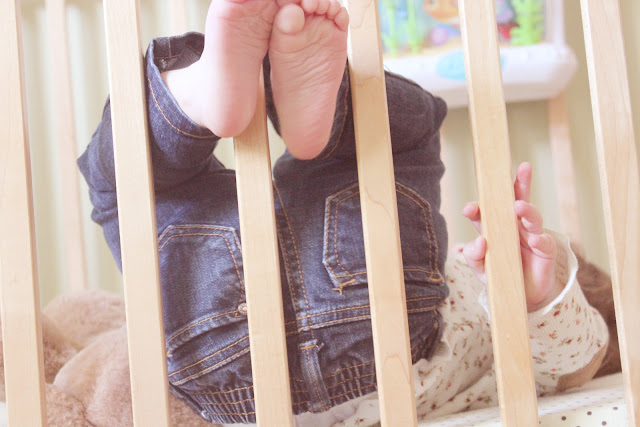 It's official, Zoey is over 1 year old!  I can hardly believe it.  Last year, at this time, we were swooning over our new baby sighing in her sleep and gifting us with her first smiles.  Now, here we are with a little girl sitting at our feet.  The past month has been exciting and fun.  Every day, it seems, Zoey has become increasingly toddler and decreasingly baby; however, that being said, we had a random early morning sad baby this week.  It was nothing a cuddle and bottle in bed with Mom couldn't remedy, and truth be told, I just loved it.  She is communicating in new ways, moving in new ways, and growing in new ways.

At 13 months:
-Zoey is crawling like a pro and hasn't attempted any steps on her own, but she pulls herself up to standing and likes to wander around the coffee table and couches.  Sometimes she will do a "one hand" move from chair to table.  Last week she pulled herself up to standing using a dining room chair, and proceeded to move furniture.  It was the perfect walker and she giggled away.
-she is learning new words and sounds.  "Dog" is a distinct, "DOH!" follwed by "WOH!" (woof).  Bear is "BOH!" followed by a "Rrrrrrrr" in her throat.  Baby is "Bah, bah."  If you ask Zoey what a monkey says the most adorable "Ooo ooo, aah, aah" is her immediate response.  I was so surprised one morning when I asked Z where her nose, ears, and eyes were and she found them, each one.  Her favorite word ever is still, "HI!"  and she is officially the most friendly shopper in grocery stores and restaurants.  Sometimes I think it catches people off-guard but it always brings an immediate smile.  Zoey is certainly a chatter-box.  I think once the language button is switched on, we are in for it!
-she has 4 teeth!  Her top two teeth have finally poked through and they are the cutest chicklets I've ever seen.